How to Support Children Grieving Suicide 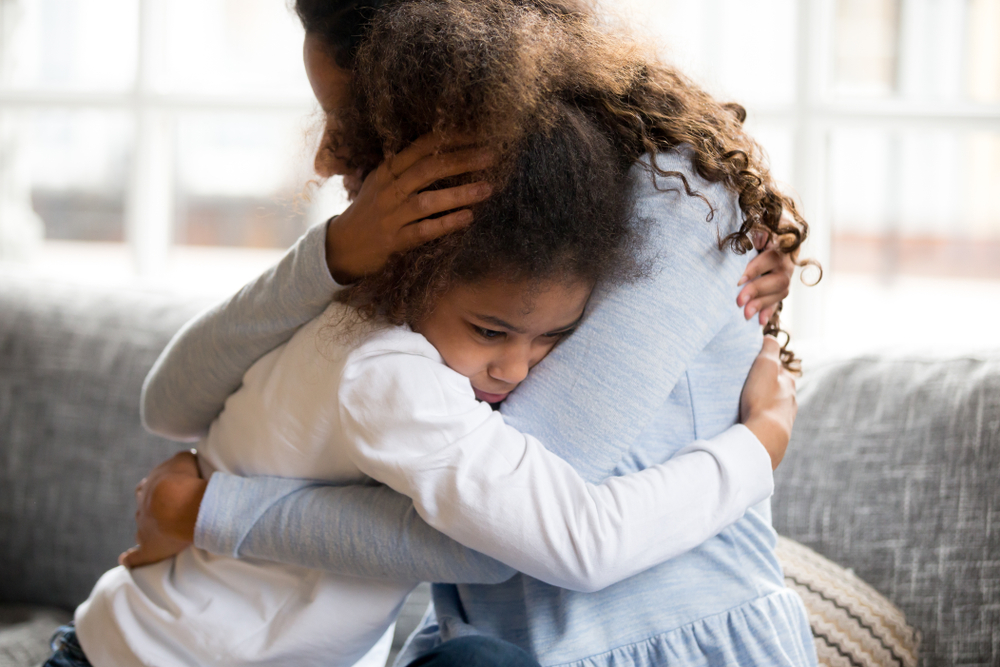 Suicide is a difficult thing for anyone to process. However, children grieving suicide can find the process especially difficult because they understand death differently than adults. If you are a parent of a child whose classmate committed suicide, or a family member of a child grieving a lost parent, you need to know how to talk about your own grief, and how to support the children in your life as they grieve themselves.

Should You Tell Children a Parent or Classmate Committed Suicide?

If a suicide – or any death – has happened within the family, or among a child’s classmates, it is best to tell them the truth about what happened as soon as possible. Children are observant. They can often tell when something bad has happened even when the adults around them would rather not tell them. By delaying discussing suicide with your children, you increase the chances they will learn about it another way. If they do, it could add to their grief, making them feel that the adults they trust are lying to them and that they are alone.

When someone near the child commits suicide, they may learn about it directly or indirectly. In the most traumatic instances, a child will be the one to discover the loved one’s body. More often, however, children will learn about it by overhearing adults, hearing it from their classmates or friends, or seeing something on social media. Rather than waiting for a child to come to you, you should tell them the truth about what happened and support them as they express their feelings. This means:

Get Help for Children Grieving Suicide

Support your child with the help of a psychotherapist who can guide them through a healthy grieving process.

How to Respond to a Child’s Questions About Suicide

Some children will ask a lot of questions as they try to grapple with the idea of a loved one’s death, especially death by suicide. With young children, you may need to explain that suicide is when a person makes their own body stop working, or that death means the person won’t be coming back.

The most common question for children grieving suicide will be “why”. You can explain that the person who died was mentally ill and that they were unhappy or in emotional pain. Be certain to emphasize that suicide is not anyone’s fault, and it was especially not the child’s fault. Children often feel guilty when a parent commits suicide, believing they did something to cause it. You may have to repeat that it is not the child’s fault frequently.

Responding to the Trauma of an Unexpected Death

Children often grieve differently than adults, and may take breaks from their grief, continuing their day-to-day activities, only to revisit their feelings later. Often, children act out their feelings by:

Give children time to grieve. Tell them it is okay if they are still sad or angry about what happened. Talk to them about your own feelings as well. This will show them that what they are feeling is normal.

Be alert to changes in your child’s behavior. Unfortunately, suicides can sometimes trigger other self-harm or suicide attempts in children and teens. If your child was previously depressed or has attempted suicide or self-destructive behavior in the past, you should be especially alert to risk behaviors. Remember, talking to a child about whether they are feeling suicidal can sometimes decrease the risk of them making an attempt, and it will also give you an opportunity to get them the support they need.

Sometimes, it can be helpful for children to express their feelings to someone outside the family. This is especially true if the suicide was a family member and everyone in the household is grieving. It can be hard to give the help and support children need if you are grieving yourself. By working with a psychotherapist, you can provide support to the grieving children in their lives, monitoring high-risk behaviors and modeling healthy emotions in the face of grief.

David Stanislaw is a psychotherapist with over 30 years of experience. He helps children, teens and adults with grief, depression, and suicidal ideation. Contact David Stanislaw to get help for your child today.

Are Destructive Behaviors Sabotaging Your Relationship?

Your partner’s self destructive behaviors can break down the foundation of your relationship. Find out how to protect it from sabotage.

Teens and Trauma: The Warning Signs of PTSD

Parents of teens who experience trauma should watch for the warning signs of PTSD to get teenagers help healing from bullying and abuse.

Has COVID-19 Made My Kid’s OCD Worse?

Has the COVID-19 pandemic response and anxiety over the Coronavirus made kids’ OCD worse? Find out what parents can do to help them cope.