10 Alternatives to Fighting for Married Couples 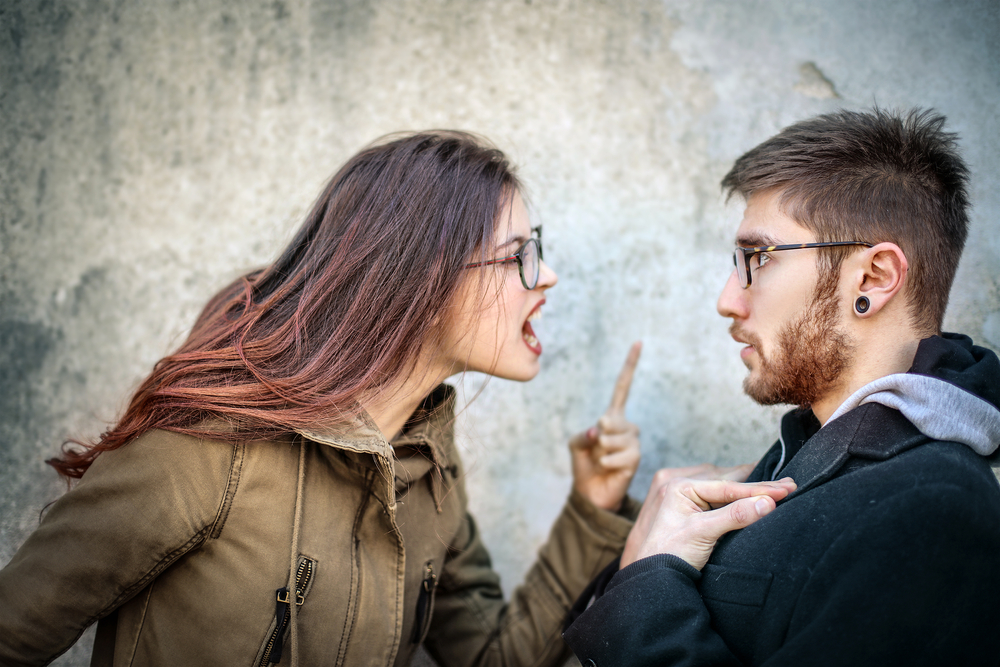 Every marriage has disagreements and conflict, but not every couple fights. There are many alternatives to fighting for married couples that improve communication and intimacy. They help spouses stay in control of their emotions and keep from hurting one another over small things or differences of opinion. Here are some strategies you can use the next time conflict arises.

Arguments are generally caused because one or both spouses aren’t having some need met. This can cause married couples to get defensive, and yes, start fights. When you start to get emotional, think about what you feel you need in that moment: to be heard, be held, or respected? This can interrupt the brain’s fight or flight cycle, and help you more clearly communicate your feelings.

Get Help with Fighting for Married Couples

Talk to a psychotherapist about reducing conflict in your marriage.

2.      Avoid Fighting Over Things That Aren’t Worth It

Often fighting for married couples gets triggered because of little issues, rather than big problems. You might argue over each other’s bad habits, for example. But the little things are not worth the anguish and damage to your relationship that fights cause. Try to let those little things slide by putting them in perspective.

The best way to gain perspective on your relationship is to focus on the positive. What made you fall in love in the first place? What is it you like about each other. Being explicit about your appreciation and affection can reduce the frequency of fighting for married couples by balancing the bad with the good.

Sometimes live presents you with real challenges, and you will have real emotions in response. That’s okay. But your spouse doesn’t need to weather that storm with you. If you are starting to feel emotional, take a break. Take a walk, a bath, or even just a breath. Allow your brain to reset so you can think logically instead of simply responding to your emotions.

5.      Commit to Conversations Instead of Fighting

When married spouses avoid conflict or use passive-aggressive behaviors, those bottled-up thoughts and emotions can lead to fights. Your disagreements won’t go away if you ignore them. Instead, you need to commit to having open conversations about what is bothering you, without blame or judgment. Ideally you should let your spouse know ahead of time if you want to talk about something, so that they can prepare and avoid feeling defensive when an issue comes up unannounced.

Some times tone of voice and body language can convey more than words. Fighting for married couples can often feed on itself as each spouse’s emotions rise to respond to the others. Writing out your issues can be a good alternative. Using a couple’s conflict journal allows each spouse to read each other’s thoughts and concerns without the emotions that come with it in a fight. It also allows both spouses to go back and review what came before, to avoid misunderstandings.

Often, while fighting, married couples will realize that one or both are in the wrong. But sometimes, stubbornness or a desire to be “right” can push them to keep fighting anyway. By interrupting that pattern and apologizing when you are wrong, you can cut the fight short and resolve the conflict quickly, without harming one another for the sake of “winning” the argument.

When married couples fight over significant issues, the same topic can come up again and again. However, if you can agree on a plan, you can stop that cycle and do things differently. Your first plan may not work, and that’s okay. But if you each agree to do one thing differently next time, it can help deescalate arguments and find coping mechanisms that work.

You are married, but you are not identical. There will be times that, even when you see your spouse’s viewpoint, you won’t agree. That is okay. The best way to stop fighting for married couples with different viewpoints is to actively listen to one another and repeat your perspectives back to each other.  This will let your spouse feel heard, even if you need to agree to disagree.

10. Get Help for Married Couples Who Can’t Stop Fighting

Sometimes, it takes more than a checklist for married couples to stop fighting. Marriage counseling provides a safe space to learn communication strategies, work through difficult issues, and have disagreements with the help of a psychotherapist who can facilitate the conversation. Marriage counseling can work. It isn’t shameful. Instead, it is often the first step to a new chapter in your marriage.

David Stanislaw is a psychotherapist with over 30 years of experience. He helps individuals and couples learn strategies for minimizing conflict in their relationships. Contact David Stanislaw to get help today.

Handling Loss During the Holidays

Loneliness in Relationships: Can Your Spouse Ever be Enough Company?

Loneliness in relationships can put strains on couples and lead to problems or even abuse. But you can combat isolation in your partnership.

5 Things You Can Do Now to Avoid Holiday Stress

Many people feel anxiety around the holidays. Here are 5 things you can do to avoid holiday stress and have a happy, healthy holiday season.